On the UBC Vancouver campus, the walls do ‘speak’ and apparently, some far more persuasively than others.

To assist the UBC Campus Sustainability ‘Sort it Out’ program and to underline the campus as a ‘living lab’, the UBC Department of Psychology monitored the recycling outcomes at two popular eating areas in two very differently designed buildings on the Vancouver campus: the Student Union Building (SUB) and the Centre for Interactive Research on Sustainability (CIRS).

The answer: yes and in a significant way.

Both are high traffic buildings, both accept compostable and recyclable materials, both have the same mix of students and the same mix of dine in and grab-and-go clientele.

In the SUB dining areas, 58 percent of people recycled their post-meal leavings, 42 percent did not. At the CIRS cafe, it was 86 percent and 14 percent. Difference: 28 percent more material entering the recycling stream.

“We don’t think it’s because [CIRS visitors] happen to care more about the environment,” says DiGiacomo. “There’s something about the building itself and it’s happening at an automatic, unconscious level.”

Blocky, basic design the current Student Union Building (SUB) is concrete and glass, circa the 1960s. Utilitarian and hard-edged with an ‘auditorium’ feel, it has been much-loved by generations of students at UBC but perhaps not inspiring a high percentage of environmental behaviours.

The Centre for Interactive Research on Sustainability (CIRS) opened in 2011 as one of the leading ‘regenerative’ buildings in North America boasting zero-carbon emissions, zero waste, water self sufficiency and a net-positive energy performance. Bright and airy with a ‘living plant’ wall and lots of wood elements CIRS was designed to help create ‘behavioural change’ in subtle ways. More of an organism than a building, CIRS has already won LEED Platinum status with the Living Building Challenge of Cascadia (LBC) Petal Certification expected to follow.

Despite its name, CIRS doesn’t host a disproportionately large number of environmentally-focused classes. In fact, notes Dr. Alan Kingstone, head of UBC Department of Psychology, “most people we observed didn’t even realize that it was a ‘sustainable’ building.”

But once within it, influenced only by the design, people act more responsibly by almost 30 percent. Even with its ‘eco-aware’ focus, UBC itself produces some 3,000 tonnes of landfill per annum so every effort towards recycling and the environmental design that supports it, is worthwhile to pursue.

Extrapolated into the greater world and recycling industries where volume equals better cost-efficiencies and where the existing landfills are being overwhelmed, the implications of the study (now published in the PLOS ONE journal) are significant.

“Just by making buildings more sustainable, it seems like a really practical way to implement change,” says DiGiacomo. “You don’t need to deal with individual behaviours. You’re getting things done on a group scale.”

Adds Kingstone: “There’s a beauty of that kind of power where you can provoke pro-social behaviours without actually forcing change on people.”

Subliminal or not, sorting it out is the preferred choice at UBC. 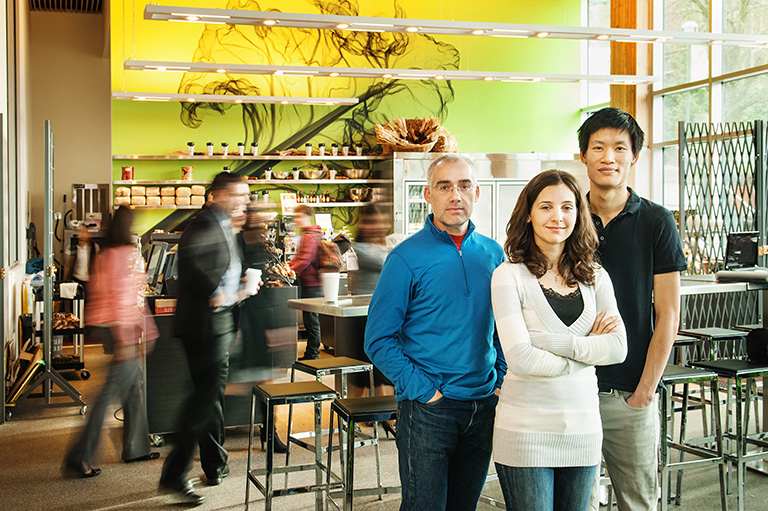 “There’s a beauty of that kind of power where you can provoke pro-social behaviours without actually forcing change on people.” 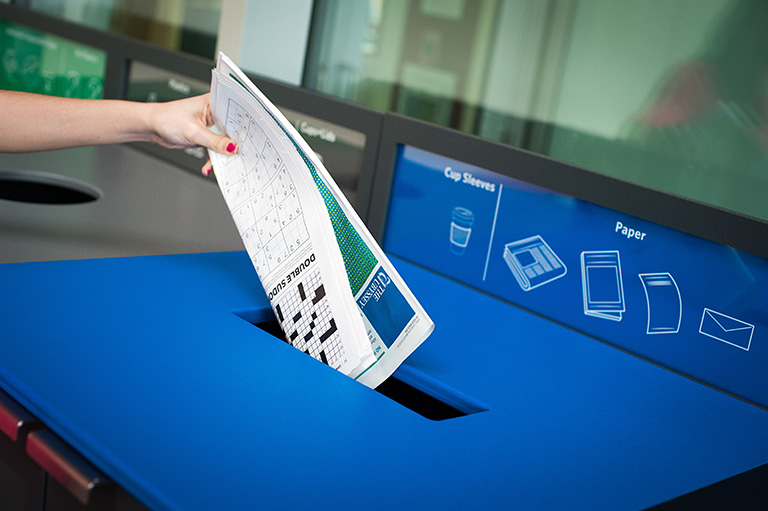 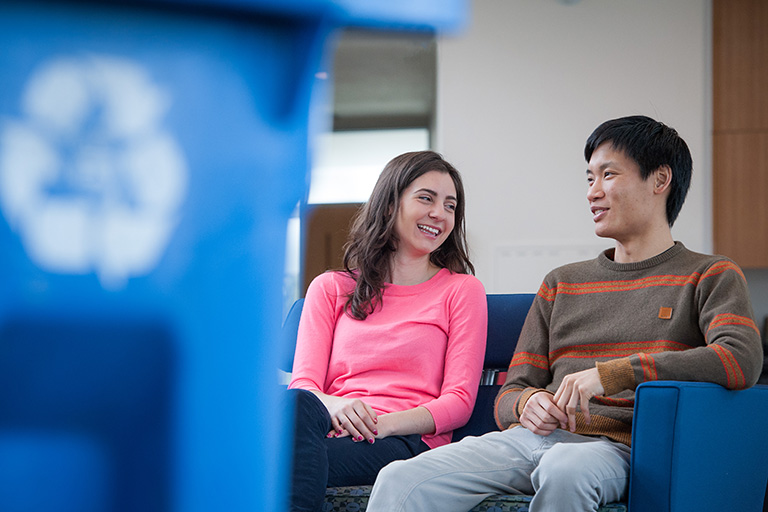 RT @UBC: #UBC students, faculty and staff are invited to attend the annual 14 Not Forgotten ceremony on November 30. This event, led by t…
about 8 hours ago.

RT @sogiUBC: We write with heavy hearts to express our profound grief at the violence and deaths of 5 members of the queer and trans commun…
about 13 hours ago.

RT @UBCSWell: So grateful that @UBCSWell @UBCPsych grad student Erin Fitzpatrick @erintfitzy is part of this incredible cohort and is able…
about 19 hours ago.

RT @UBCPsych: . @UBC_CS and @UBCPsych are inviting applications for a full-time tenure-track position at the rank of Assistant Professor, w…
2 days ago.

RT @StudiosUbc: Earlier this year, we created a promotional #video to showcase the innovative #research and work that happens at the @DMCBr…
3 days ago.

RT @ubc_health: Exciting #UBC research opportunity! Ministry of Health @UBCmedicine @ubc_health is offering researchers up to $50,000 for p…
4 days ago.

RT @LLEmberson: Infant fNIRS registered report on methods. Punch line (such as I read it): multivariate methods are great and GLMs are not…
4 days ago.

Hats off to all of our graduating students who crossed the stage this week! Congratulations on this milestone. We c… https://t.co/N4Cuq9DbSZ
4 days ago.

💙✨Congratulations to our graduating Masters and PhD students. Learn more about the work they accomplished during th… https://t.co/2veAAgTX1D
4 days ago.

One response to “A Green Subconscious”