When you’re young and full of life, tobacco-related diseases such an emphysema and cancer are abstracts, something that happens to someone else, to old people and besides, that future is far, far away and impossible. Bad stuff won’t happen to me, or my friends, no way.

But when you’re young, that’s when tobacco and other addictions grab hold the easiest and when, according to new research, the damage is particularly insidious, especially when it involves tobacco, pubescent girls and where the mix of lively hormones, vulnerable growing breast tissue and tobacco’s toxic chemicals ‘set the stage’ for breast cancer.

“There is a pressing need to inform adolescent girls about this new evidence,” says Dr. Joan Bottorff, professor with the School of Nursing at UBC’s Okanagan campus. “And also, for adolescent boys and girls who smoke to understand how their smoking puts their female peers at risk for breast cancer.”

Working with Dr. Chris Richardson from the School of Population and Public Health at the UBC Vancouver campus, Bottorff decided to ‘start’ something different and in a format designed to reach the most easily influenced potential young smokers, before they reached for a cigarette or before the addictions take hold.

Launched in late 2013, the Supporting Tailored Approaches to Reducing Tobacco (START) campaign is having an effect, says Bottorff, director of the UBC Okanagan’s Institute for Healthy Living and Chronic Disease Prevention.

Despite the obvious need for early-age tobacco-use prevention, Bottorff says “there’s been few efforts” to develop anti-smoking information about breast cancer that’s not only detailed but persuasive and available to young social-media savvy audiences.

START is all that. Brief, gender-specific, quick cuts, positive and punchy, energetic and because “youth are the most avid users of social media” presented entirely online via YouTube videos and infographics to create what Bottorff believes is “the first intervention” of its type.

The four (and counting) videos cover topics such as the links between smoking and breast cancer, why and how young girls are especially vulnerable due to cancer’s affinity for fat cells, such as in breast tissue. One video (Guys: A Lesson on Breasts) is specifically directed at young males. The message: if you truly care about the young women in your life, speak out against smoking).

Along with stark facts (e.g. 7,000 plus chemicals and 70 plus carcinogens in every puff) presented within the clearly explained and comprehensive medical matrix, there are the emotional jolts.

Or as one young presenter puts it, cigarettes are loaded with real nasty stuff such as “tar, acetone, arsenic and formaldehyde and at least twenty {of the carcinogens] are known to cause breast cancer.” Not to mention other effects such as “yellowing your teeth and causing skin problems like wrinkles and acne.”

In a word, smoking is “yuck” and the audience is listening.

To date the videos have over 3,000 views, each one designed not only to persuade the individual viewer but motivate her (or him) to proactively convince their circles of young friends to avoid the butt . . . and help save their lives to come. 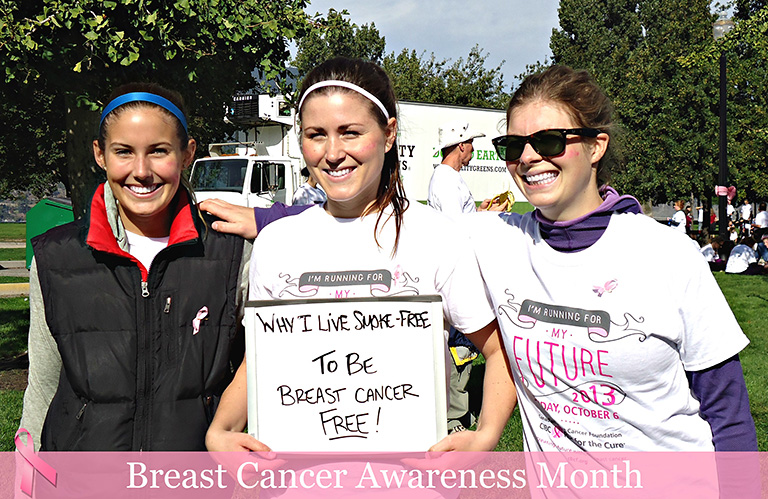 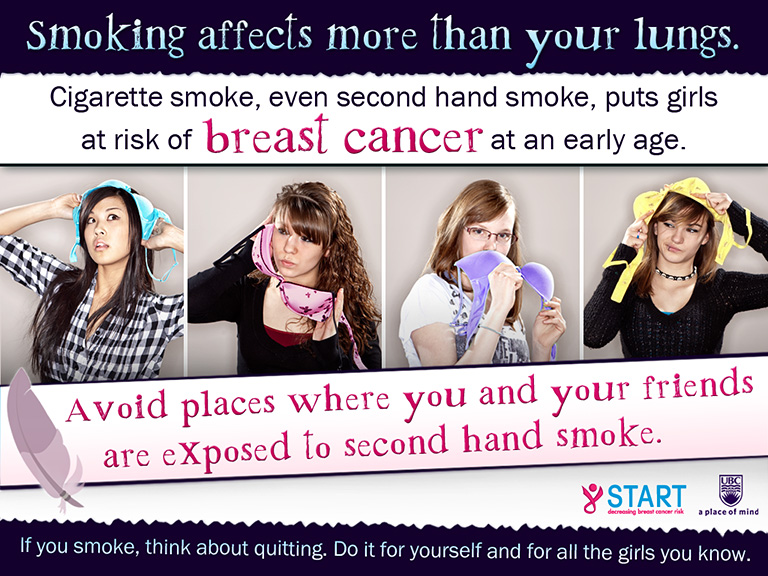 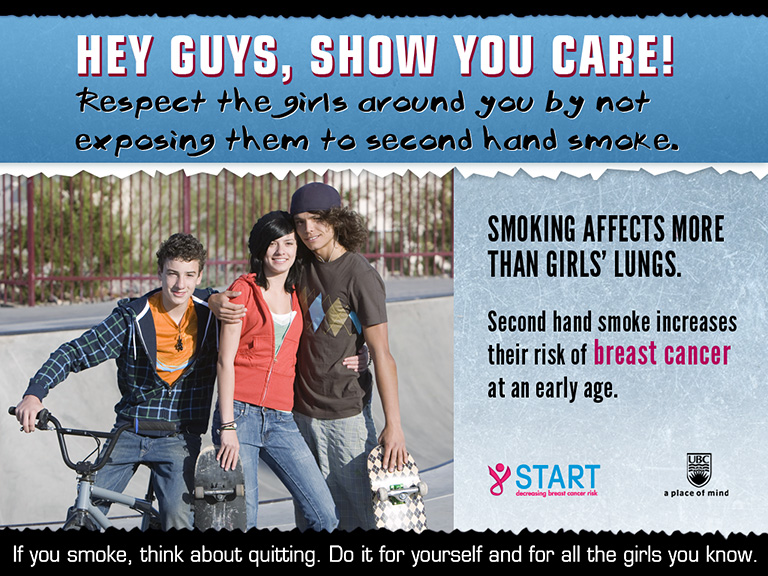 “There is a pressing need to inform adolescent girls about this new evidence.” 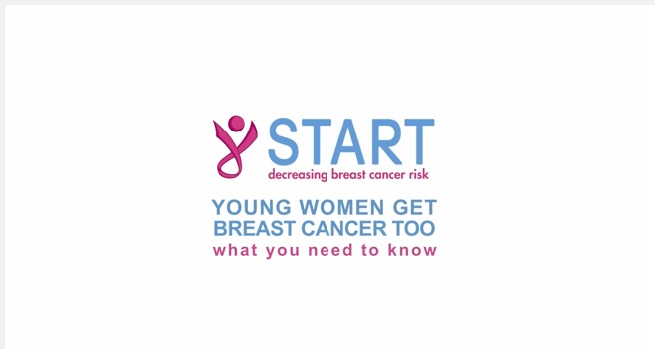 RT @Nursing_History: Listen to Crenshaw talk about intersectionality here: https://t.co/17dwRS9w4x Kimberlé Crenshaw: The urgency of inter…
about 2 hours ago.

RT @Nursing_History: Bernice Redmon was the first Black nurse to practice public health in Canada. She was born in Toronto, but was denied…
about 2 hours ago.

RT @Nursing_History: On Feb 23, please join us for this 1 hour virtual event “Black History Month 2023: Historical Considerations on Nursin…
about 2 hours ago.

RT @alumniubc: After breakups, men develop storylines to help themselves understand what happened. #UBC researchers analyzed what were the…
about 2 hours ago.

RT @nurselillian: An honor to work with @shelley_canning and the team to address education needs about people living with dementia and canc…
1 day ago.

RT @CAPSACanada: Here's an excellent opportunity to learn about Substance Use Health and how it can guide health service delivery! Register…
1 day ago.