Metro Vancouver is called ‘the city of glass’ and for obvious reasons. Glittering glass-sealed condo towers increasingly dominate the skylines, concrete honeycombs of apartments, standing tall but isolated from without – and within – and that’s not good, says UBC grad Caitlin Dorward:

“The city right now is really ‘disengaged’, there really aren’t that many opportunities for people to meet their neighbours.” In turn, this engenders more social problems such as “a lack of trust within communities and there’s a lot of isolation that people are facing.”

Steadily encroaching technology such as select-access cards don’t help, continues Dorward: “It’s hard to make connections in a condo building where you can’t even ‘pop into’ the other floors. So how can you meet your neighbors when you can’t even knock on their door?”

Whether brand new or old and established, even single-family-home areas can become socially chilly when the demographics shift and where different cultures don’t easily cross the fences. Not because people are unfriendly but without the non-threatening opportunities ‘to meet and greet the neigbhours’ and do so without feeling singled out – they don’t. Innate shyness trumps the universal need for social contact.

Assisted by a Centre for Community Engaged Learning (CCEL) grant and in partnership with the very helpful community organization The Vancouver Tool Library, in 2013 Dorward and Grunfeld launched the City Commons project.

Adapted from a similar initiative that takes place annually in Portland, Oregon, Vancouver’s City Commons was a four-day “placemaking” festival that brought Vancouver residents together to transform underutilized spaces into neighbourhood assets that could be used as gathering places over the long term.

Placemaking projects, each of which were championed by a neighbourhood resident, included a community garden, a street mural, a street corner bench, a parking lot plaza, a community-focused urban farm, and a community pizza oven built with a natural material called cob. Three evening events celebrating Vancouver’s existing public spaces were also held.

The areas targeted for placemaking projects included Hastings-Sunrise, Commercial-Broadway, Main Street and Dunbar-Southlands; Dorward says “they were pretty spread out around the city” but some were better attended than others.

Dorward believes certain neighbourhoods are simply more aware of the perils of isolation and more responsive to the solutions. She also has some advice for people moving into new pre-sale condo projects.

Instead of the developer deciding on the communal amenity areas or mandated green spaces, get involved with your neigbhours to be. Rather than passively accepting the usual “landscaped park”, get together and push for more inclusive draws such as communal veggie gardens and other spaces and reasons to meet the folks next door or floor.

Although no longer overseen by The Vancouver Tool Library, the energy and activity lives on in what’s billed as a ‘playful, hands-on’ online course to assist anyone interested in ‘shaping your neigbhourhood’ that will culminate in the second annual City Commons placemaking event.

In the City of Glass, the windows are opening.

For more information about City Commons 2014 and to find out how you can participate, check www.citycommonsvancouver.ca. 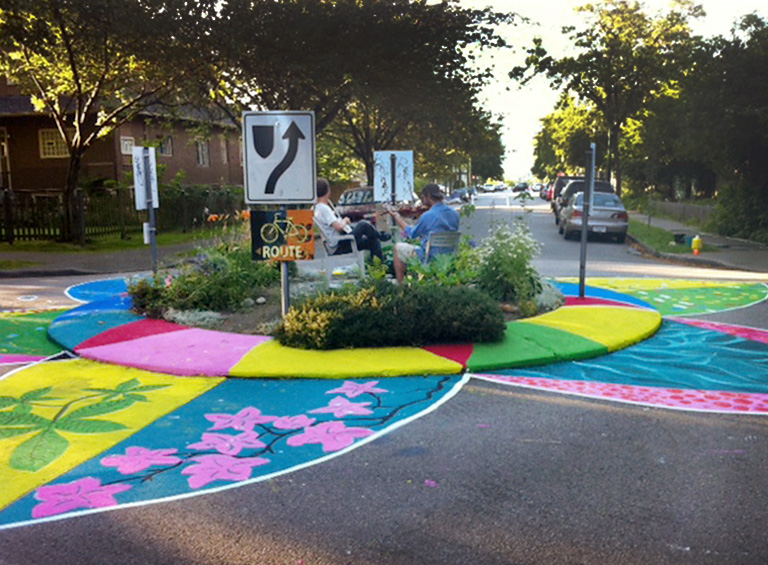 “The city right now is really ‘disengaged’, there really aren’t that many opportunities for people to meet their neighbours.” 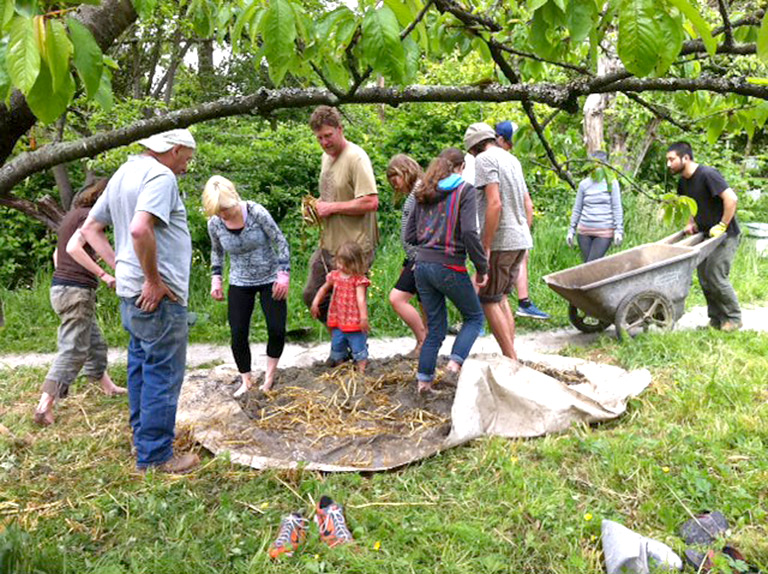 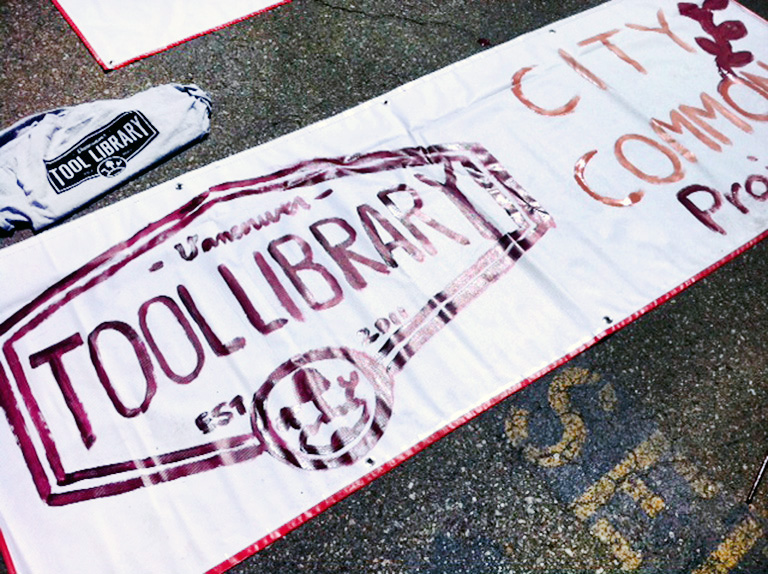 Are you a new student joining @ubcforestry or #LFS this September? Join LandOne for small class sizes, close relati… https://t.co/qxVmhtClry
about an hour ago.

How should UBC respond to the climate emergency? At 1:00 p.m. on May 28, 2020 join the conversation about climate… https://t.co/DoWKMfl7ad
about 8 hours ago.

RT @UBC: #UBC is proud to be a Major Partner of the Indian Summer Festival. Tune in this Saturday, May 23rd to hear David Suzuki and Vandan…
4 days ago.

#UBC grad students and TAs! Are you interested in developing your #OnlineTeaching and learning practices? Registe… https://t.co/m9ZdOzE3tm
4 days ago.

What is the food system and how do we make it more resilient during COVID-19 and beyond? Find out in the first web… https://t.co/Trss5Ia4VP
5 days ago.

RT @ubcforestry: Join us tomorrow, May 21, for our Land One info session! Meet our program coordinator, chat with past students & find out…
5 days ago.

RT @ubcforestry: Join us May 21st for our upcoming #LandOneUBC info session! Meet our program coordinator, chat with past students, & find…
6 days ago.

RT @UBCLangScis: Why are invertebrates referred to as 'pests' in journal articles, but rats aren't? Why should #SignLanguage courses be off…
6 days ago.

Join a virtual community dialogue on on ways to support wellbeing and resilience at the University of British Colum… https://t.co/xdSAq33Te0
6 days ago.