Havens Away from Home: Collegia

Havens Away from Home: Collegia

The concept of a collegium is not new. In Roman times collegia were a way for various guilds to gather together to informally exchange ideas on trade, politics and life in Rome. Most importantly, a collegium offered its guild members a home-away-from-home. In the post-secondary education landscape collegia serve a similar purpose as they once did during Roman times – that being to provide a social context where the ‘noise’ of the outside world is muted and students can put down their book-laden packs, have a bite to eat and enjoy the informal support network of their collegium between classes.

Both Vancouver and Okanagan campuses may not have guild systems but when it comes to student support, particularly for commuting students, they now offer the academic equivalent: The UBC Collegia Program.

In August 2009 UBC Okanagan (UBCO) crafted its ‘home away from home’ havens for its ‘commuter’ students: dedicated places for them to relax, perhaps grab a bite and socialize.

UBCO now has three collegia; the first- and second-year undergrad and the upper-levels collegia are part of the new $33-million University Centre, with the international collegium located in the Engineering/Management/Education building.

At 900 to 1,000 square feet each, furnished, equipped and staffed by knowledgeable (and paid) senior student leaders/advisors, they’re open daily from early morning to early evening to accommodate quixotic class schedules. Construction cost for these ‘high-traffic’ places: about $150,000 per collegium.

Placed against student usage and appreciation, a collegium is very cost effective. Each of the three Okanagan collegia now welcome 8,335 to 10,477 regular ‘customers’ a year, not including unique visitors. Set against initial construction costs, this works out to about $15 per student in the first year, becoming even more cost effective in the following years . . . and the on-campus havens are designed to be around for a long time to come.

The Collegia Program also fulfills commuter students’ four main requests: to have a quiet place to study; to relax/sleep between ‘gapped’ classes and labs; to stay healthy and store and eat their own home-prepared meals; to socialize with fellow students.

“It’s really nice to have a focus and a space that’s outside of residence for students that don’t call university home,” says Greg Mather, commuter student programming coordinator:

“Resident life does such a great job of focus for students who live in residence. It’s nice to see that UBC’s Student Services are taking time to focus on the percentage of students that want to have a community but don’t see UBC as ‘home’.

“When commuter students drop in, they know there’s always something going on, that people are there that they can ‘kind of hang out with’, there’s a space on campus for them between classes.”

Following in the steps of UBCO, in September 2013 the Vancouver campus opened its first collegium and welcomed more than 200 first-year students; among them were Sauder student Ferina Vora and Arts student Derrick Gravener.

Faced with a daily four-hour commute, Vora says her collegium “made my first year so much easier. Just having a place to go, it reduced a lot of my frustrations.”

The onsite kitchen meant she could drop off her lunch “and not have to worry about lugging it around while going to class,” says Vora. “Then coming back, having a place to warm it up and crash for a while because before I’d be there [on campus] so early and I’d always be so tired.”

Having a collegium changed all that.

“It’s very ‘home’,” says Vora. “Just having that place was really great for us.” Not just the place but the onsite staff: “There was a variety of them, older students from different faculties and they’d almost act like mentors for us, which was really cool. They’d tell us about all these opportunities [on campus] that I feel none of us would have heard about, unless we were in the collegium.”

Gravener’s own commute was shorter but he had to contend with “a bunch of three-hour ‘gaps’ in my first term.” The collegium “gave me somewhere to go versus just wandering aimlessly through the library looking for something.

“I love it, it really lives up to its name, in my opinion, as being the ‘home away from home’; it really did create that space.”

Success at the university level takes stamina; on average it’s a four-year endeavour and depending on the academic pursuit even longer. The long hours and intense focus can’t be sustained without planning, support and now, new and very tangible ‘welcome home’ empathy.

The UBC Collegia Program helps offer first-year students either a place on residence or an accommodating place to relax and feel at home. The enduring Roman model of the collegium has proven still to be relevant, although today’s undergraduate members are most certainly more technologically advanced. 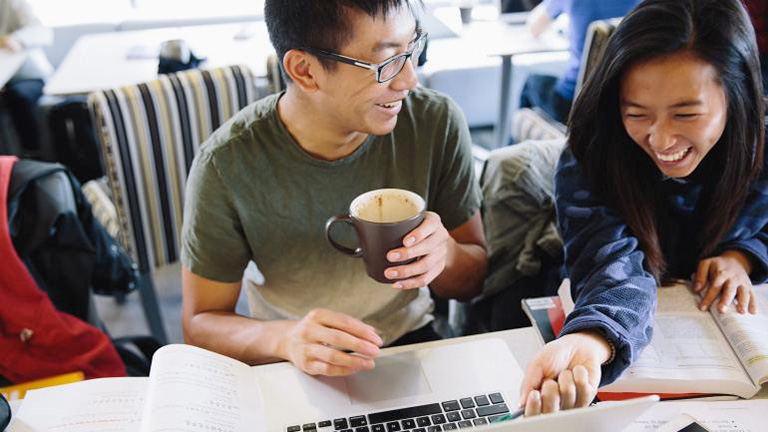 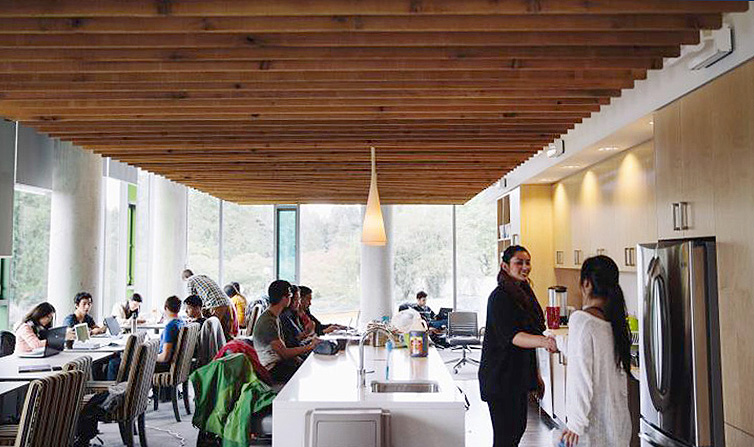 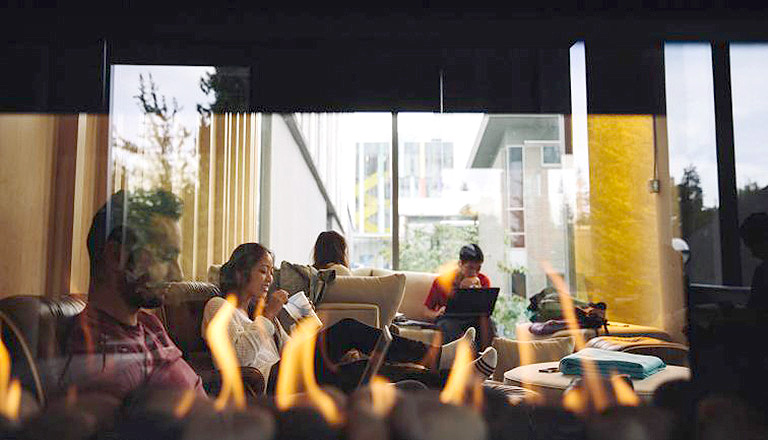 The concept of a collegium is not new. In Roman times collegia were a way for various guilds to gather together to informally exchange ideas on trade, politics and life in Rome...