When trying to explain esoteric science concepts such as superconductivity – defined in Wikipedia as “exactly zero electrical resistance and expulsion of magnetic fields occurring in certain materials when cooled below a characteristic critical temperature” – UBC Professor Andrea Damascelli offers what he says is a useful albeit “overworked” analogy: pairs of dancers.

Exposed to extreme cold (150 Kelvin or minus 123 C and below), electrons in certain solid materials can be persuaded to lose their natural electrostatic repulsion, pair up, and what was a “messy crowd of people jammed together, unable to move,” undergoes a phase transition, becomes a coherent ensemble of pairs “and suddenly starts dancing effortlessly across the floor.”

Instead of being impeded by themselves – the jostling crowd – electrons link up and become superconductive. Up until now however, the only apparent route to superconductivity was via such extremely low temperature conditions that are both problematic and very expensive to create and maintain.

In 2013, Dr. Damascelli and his team made a breakthrough discovery involving ‘charge density waves’ (CDWs), now recognized as a universal behaviour in copper-based (cuprate) superconducting materials, in what could be a whole new pathway to higher-temperature superconductivity.

Unsuspected until now to be ubiquitous in cuprates, CDWs are ‘spontaneous spatial modulations, or periodic distortions, in the electronic density’ of a metallic crystal, while in its normal (non-superconducting) state.

These tiny variations, and their universal role in the electronic response of cuprate superconductors, were unveiled after Dr. Damascelli, UBC PhD student Riccardo Comin (lead author of the article published in Science) and the UBC-led international team studied the target cuprate by using a trio of highly advanced spectroscopies.

Exquisitely faint, hidden within the self-organizing electron clouds surrounding the atomic nuclei, CDWs could be the pathway to superconductivity without the need for the deepest cold.

Different paths but the potentials are the same: higher-temperature cuprate-based superconductors, quantum computers, compact MRI machines, mag-lev trains, ‘loss-less’ power lines and more, in what could be a very new and different world.

Dr. Damascelli and his team plan to widen the search beyond the cuprate superconductors to other material families such as iron pnictides and heavy fermions, which also display “unconventional superconductivity” and strongly correlated electron phases.

“This would establish whether there is one common phenomenology to all materials exhibiting high-temperature superconductivity,” explains Dr. Damascelli, “so as to be able to identify the ingredients necessary for this phenomenon to emerge, and eventually to define the direction to look to find new and better high-temperature superconducting materials.”

Researchers might wince but analogy-wise, it’s like discovering a whole new range of different – and far more open and accommodating – dance floors. 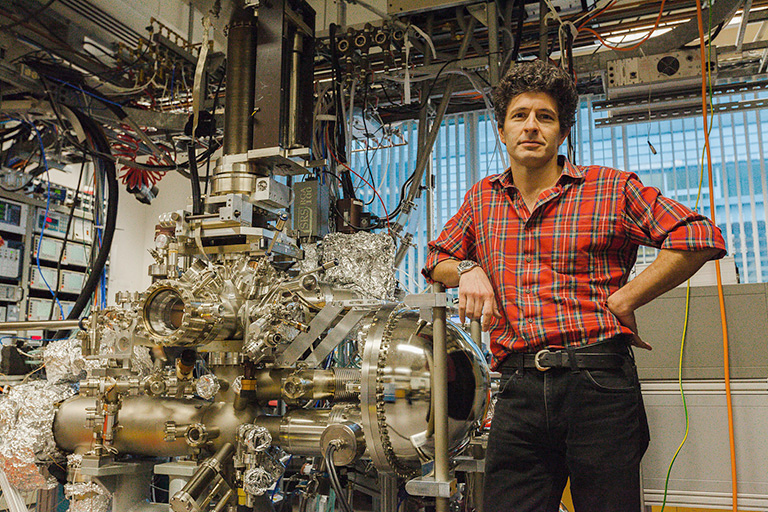 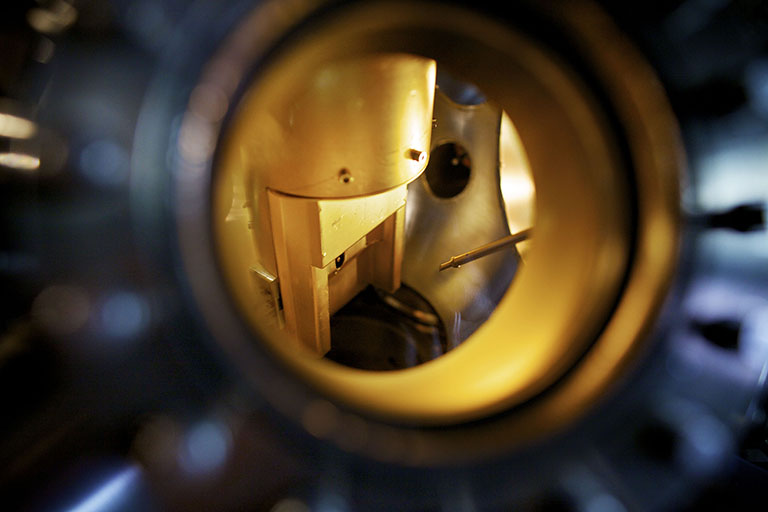 “This would establish whether there is one common phenomenology to all materials exhibiting high-temperature superconductivity.”

Neutron stars are some of the smallest and densest stellar objects in the night sky. How do we probe something so d… https://t.co/bhHhkwkWhe
1 day ago.

Dark matter is elusive, cold and incredibly difficult to detect! What are we not seeing? Do we need to go back to t… https://t.co/vWM2oagVfE
3 days ago.

Due to cancellation, our Feb 2nd event will now feature PHAS faculty Ludo van Waerbeke speaking on the nature of da… https://t.co/EC0Sm1bjH1
3 days ago.

RT @ubcires: This week IRES Communications Manager @thisniv will host a workshop on writing lay abstracts and creating a professional onlin…
4 days ago.

We're fishing in the dark when it comes to identifying dark matter, but revealing it's fundamental nature may be po… https://t.co/aDkTAJI6gK
7 days ago.

RT @UBCphas: Hey students! We are always looking for volunteers to educate and present on physics & astronomy concepts and activities. Want…
7 days ago.

RT @PhysInHistory: Did You Know that the Feynman Lectures are Completely Free Online https://t.co/gi7vYRVKFO
7 days ago.