It seems that almost everyone in the world has a cell phone or ‘smart device’ to stay in touch with everyone else.

But when something big happens in that world, such as a gas explosion, wild Stanley Cup final or similar localized ‘disaster’, almost everyone will reach for that mobile phone, all at once and repeatedly.

The result: tsunamis of colliding texts, firestorms of bandwidth overload, coming in all at once from all sides. When hit too hard, cellular networks overload: frequency gridlock.

For emergency responders who rely on wireless communications – and for the disaster victims whose very lives depend upon a speedy, coordinated rescue – overloaded cellular networks are very bad news. Even a single dropped call can have big consequences.

With the standard frequencies jammed, the first responders can only wait, frustrated, their own crucial calls fighting to get through the tangle. So why not sidestep the crowded frequencies and take a different – and far broader – route?

Mai Hassan has done exactly that. The PhD candidate in the UBC Department of Electrical and Computer Engineering has discovered a reliable way for cellular signals to ‘piggy back’ aboard the wider spectrum of local television and radio channels – even when those channels are active – and not only get the crucial messages safely and quickly to their destinations but do so without disturbing the ‘borrowed’ carrier signals.

Keeping the TV or radio receivers unaffected means controlling or ‘steering’ the direction of cellular transmissions; Hassan knew that if a wireless device is fitted with an array of internal antennas, such control is possible – but it wouldn’t be cheap.

To achieve a more “cost-efficient solution” she first considered the “cooperation between multiple nearby cell phones, each with its own antenna but together forming “a virtual array of antennas” that can give the same effect of direction control: “Yet this solution had its own challenges. For example, the need to synchronize the cooperative transmission from different cell phones.”

Without getting too technical, Hassan discovered how to ‘shape’ the wireless signal and via a cellphone’s ‘smart’ antennas, select, separate and steer the transmission through the clutter, aligning it neatly with – and unobtrusively aboard – the radio and TV bandwidths. As well, the manipulated signal’s ‘constructive interference’ actually reinforces the signal, turning a potential obstacle into a strong and long-distance strength.

Hassan’s ingenious ‘fix’ has been published in the journal IEEE Transactions on Wireless Communications; the research was supervised by Assistant Professor Jahangir Hossain in the School of Engineering on UBC’s Okanagan campus and Professor Vijay Bhargava in the Department of Electrical and Computer Engineering on UBC’s Vancouver campus. 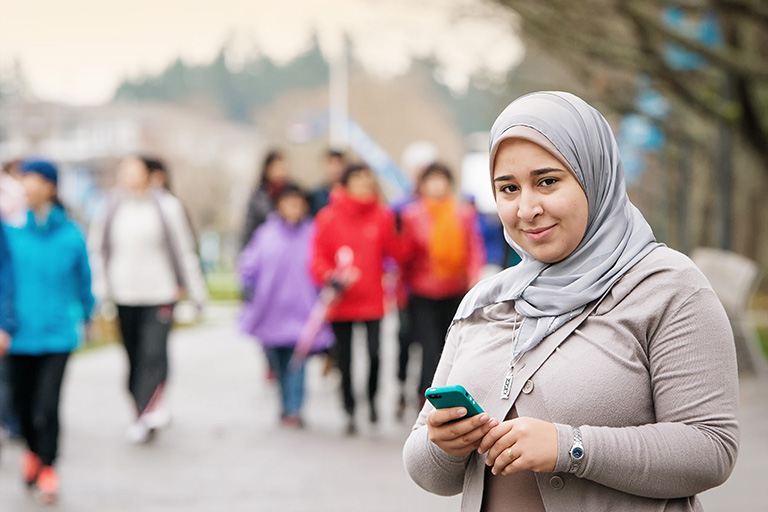 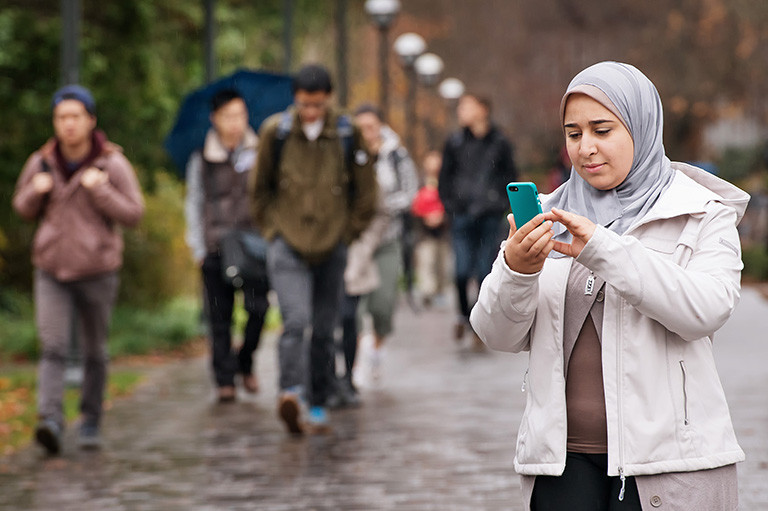 "For emergency responders who rely on wireless communications, overloaded cellular networks are very bad news. Even a single dropped call can have big consequences."

UBC Electrical and Computer Engineering master’s student, Pramit Saha, is working at the forefront of developing sp… https://t.co/MkLMgasqku
2 days ago.

Track vital signs like heart and brain signals through a comfortable and affordable wearable device? It sounds like… https://t.co/VHSsgJllko
8 days ago.

UBC Electrical and Computer Engineering researchers have been awarded nearly $2.6 million from the Natural Sciences… https://t.co/YGhJA2xwgd
9 days ago.

RT @UBCLangScis: Join us July 28 for our next set of online flash talks! 'Teaching, mapping, and understanding the sounds of language' wil…
9 days ago.

"From the start of my degree, I wanted to get involved and try to help my community. Working on projects and initia… https://t.co/EZRgM2GGcu
29 Jun, 20

RT @FarahDeeba114: I am honored to be selected as a recipient of the 2020 Microsoft Research Dissertation Grant. #DissertationGrant #PhD #…
24 Jun, 20